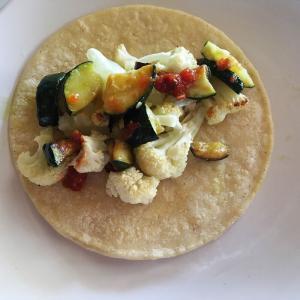 Two women, Nadira and Kirsten, arrived Wednesday asking to join our group. Even though welcoming them means less water and means we won’t be able to stay here as long, we couldn’t turn them away. This water was a gift to us, so we should share it as well.

Cooking has been super interesting. None of us have ever cooked for a group of eight, so figuring out how much to cook so everyone is able to eat is challenging. We are slowly figuring it out, but still room for improvements. Some real creativity has happened though! Perhaps one of our favorite experiments: tarot chips. Probably the worst: faux mac and cheese using quinoa and nutritional yeast. You just can’t call it mac and cheese… It doesn’t take like cheese! If only cheese wasn’t a luxury.

Most of the cooking has been done by the same people for the past week, so we’ve worked out a rough system to make sure the responsibility is evenly distributed. Leaving the responsibility up to just a few people has been overwhelming for them. A few of us have volunteered to take care of meals on certain days, and the rest of us will organically figure out meals on the rest of the days. This came about because we are about half and half liking schedules and not liking them, what was interesting was how those preferences fell upon discipline lines. With those that had an artistic background wanting less rigidity, while those that had a scientific background needing more structure. It is interesting to see how our disciplines have shaped our brains, the way we think and the way we operate. It feels groundbreaking to be able to break those barriers and work through the complexity. We ended up finding a compromising solution, those that like a schedule, scheduled themselves, the others will fill in. We will see how this system works in the coming weeks. We also plan to put a chart on the fridge that states, for those scheduled, who is cooking and when, and also so we can write down that we helped cook or clean, just to keep ourselves accountable.

Update on the toilet situation: we’ve decided to dig a hole and make a composting toilet. We have been conserving water surprisingly well, which is great, but still hardly any gray water. Toilets take at least a gallon to flush, so with eight people, that’s eight gallons a day. We just don’t have that much water. Desert toilet in the works: more to come.