Skip to content
The Tragedy of Western Society on the Commons

The Tragedy of Western Society on the Commons 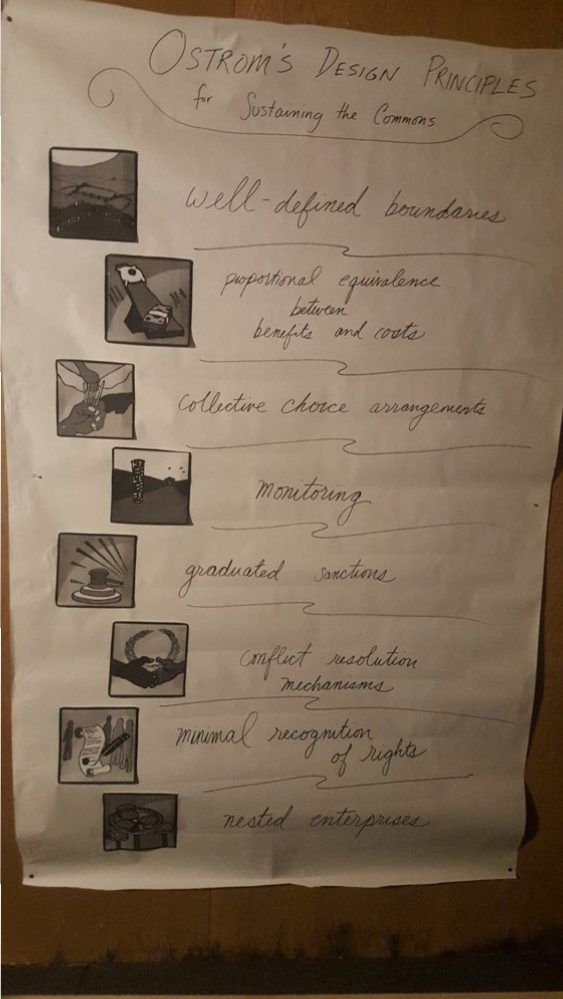 When we had arrived, we learned about Elinor Ostrom’s work from Severin, he even left us with a poster of her design principles. Ostrom was a scholar who did research on common pool resources like fisheries, pastures and more relevant to us, water. The standard doctrine of managing common pool resources was that either the State needed to come in and regulate it or you introduce the market and you privatize everything. There was even this famous parable that taught about the tragedy of the commons would arise if people were left to their own devices, everyone would just use up all the resources, and they claimed the only way to stop this was through government intervention or privatization. This the issue we have run into in 2023, when access to water, which is a human right, becomes privatized and only given to the highest bidders. Adding privatization to the water crisis, created more misuse not less, with the richest people hoarding water increasing the scarcity of the common pool resource. However, Ostrom argued that market based “solutions” or government intervention was not the only way. She argued that if people were allowed to organize themselves on the ground, they could actually come up with better management strategies then the market or state could. She observed this in many countries across the world, through her examples were mostly in the Global South. Her observations led her to come up with the 10 design principles, which were basically the patterns that she found in all successful cases of self-organization of resources. Her work was quite influential and ended up winning her a Nobel prize in economics for disproving the tragedy of the commons.

I, however, am not convinced these principles can work in the Global North or any Western society. In the Global South, our culture is different, people take care of each other and look out for one another. In the village, every neighbor knows each other’s name but in apartment complexes in the West, people share walls and do not even know each other’s name! Just about all common pool resources in the United States are managed by the government, even issues that in other countries that are addressed on a village scale are taken all the way up to courts to manage, take for example California’s groundwater (more to come on this tomorrow). But it is not just an issue of lack of familiarity, rather it is an issue of culture. Western society socializes people to be cut throat and competitive, it rewards individualistic behavior. All of the most “successful” business people have backstabbed their partners to get to the top (Ex: Mark Zuckerberg of Facebook, Bill Gates of Microsoft and Steve Jobs of Apple). This is the type of behavior our society rewards. It is not just that we don’t know how to work together anymore, it is also that we do not trust each other. We have been abused by our peers so much we can’t turn our backs on each other.  It is not that I am blaming individuals but rather pointing out the sick society that we are all a product of.

Which brings me to the group I am living with here, where we are managing a variety of common pool resources, but I will focus on water. It is funny how no matter how small a group is we create microcosms of society. For example, though no official leaders and no men, the people who take charge and come up with the most decisions are either the older ones or more masculine and/or dominant ones, just like society. This is just one example, but here is another.  Originally, the plan was to do two gallons of communal water and two gallons of individual water, and out of the communal water we would take showers, wash ourselves and our clothes. However, on the first day, we immediately reverted back to what we know, the privatization model, changing it so that we got three gallons of water individually, and one gallon communally. This way showers and laundry would come out of your own budget not communal, communal was reserved for cooking and washing dishes. At first, I did not recognize what we had just done there, but then we started running out of communal water. Realizing that we needed to share better, especially when we are racking up between ten to twenty gallons in our water storage bank, I suggested we go back to the original model. There was a lot of resistance to this, people offered to make a one-time donation of a few gallons to the communal pot to create communal ice, but they did not want to regularly donate to the communal pot. This reminded me of the USA’s failing healthcare system, which crashed because no one wanted to donate regularly to the communal pot of health insurance to make sure everyone is okay, instead they would rather just take care of themselves. I do not blame these women for reverting back to how they have been socialized, they probably did this for their own protection, because it is the nice people who get used and abused in this society. This is what their Western society taught them, that everyone must behave in the “me first” fashion to make it in this country, this is why the country ran out of water because no one wanted to share and why we have no communal water left to do dishes with. 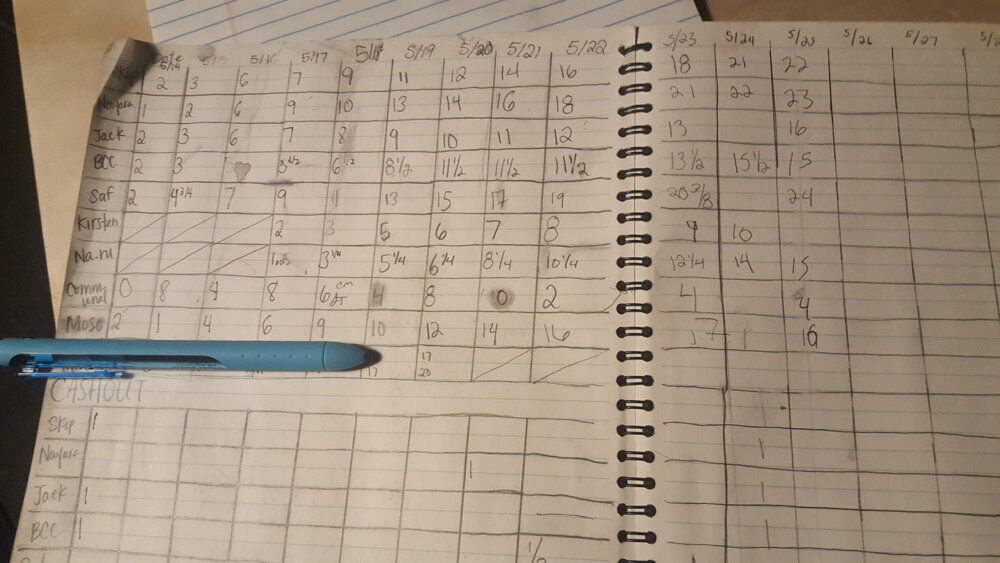