Is Anarchy the Answer? 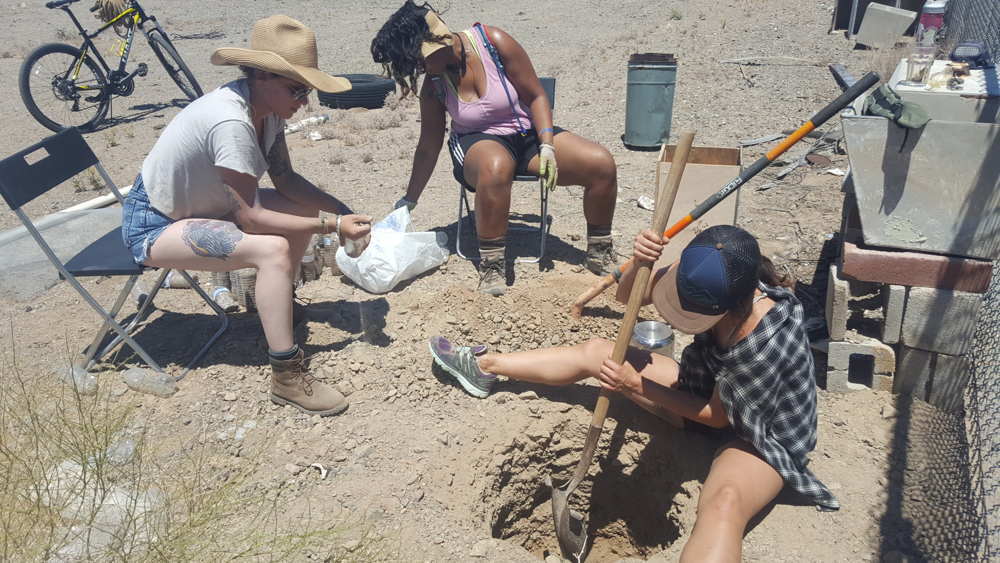 Anarchy is a very misunderstood concept, much of that has to do with the way it is often played out in America, this libertarian style every man for himself and people can do whatever they want type of chaos that is often associated with anarchy. However, it functions much different outside of the USA, for example in Spain there are cooperatives using an anarchist style of leadership or in Mexico with the Zapatistas, an indigenous group self-organizing themselves for survival.  Anarchy really boils down to not having hierarchies, it is about rules coming from within, it is about self-governance, self-organizing and non-hierarchal leadership. It is essentially the system we have created here at Drylab, with no leaders and a push for consensus in decision making.

Yesterday we had a conversation with the group about the hierarchies that emerged from amongst us, the divisions were pretty natural, those that were older, had more experience with the area started taking charge and having more influence over decision making. It is nothing different than what naturally arises in society. However, we all agreed we did not want to have ascribed leaders or hierarchies and that we would work to prevent them, and though many of us were unaware at the time we were subscribing to the core anarchist principles, no hierarchies or leaders.

Hierarchy naturally exists in nature, we see it in plant communities with dominating plant species that shape the ecosystem (ex: Douglas Tree forests) and in the animal communities (ex: wolf packs) However, the same argument can be made for nonhierarchal leadership such as flocks of birds and bacteria, so both systems are natural. We the “New Agers”, the people of this generation seem to be naturally inclined towards nonhierarchal method of organizing. From Arab Spring to Occupy Wall St, and then Black Lives Matter, worldwide we see this style of organizing, of direct democracy with no leaders, where the people come together, it is the zeitgeist of the age. But as with the movements named, this style of organizing tends to fizzle out, although State suppression is often the cause, accountability also plays a factor. To bring it back to our own experience at Drylab, the artists desire for no structure but then we find the same few people stepping up to do dishes or cook. I am not even sure how we can make sure everyone does the dishes or cooks the same amount of times, when there is no schedule to make sure a different person does it each day. Is this a limitation due to my scientific training or evidence that some amount of structure is needed? I have yet to figure that out.

The other issue that arises, and that has before in other non-hierarchal leadership models I have been apart of, it takes a lot of time. If there are no leaders or rather everyone is a leader, everyone makes decisions. When we first arrived at Drylab, we attempted this model, every hour there was a question that required the whole group to come together to discuss how we should move forward. Of course, this was because we had just arrived and hadn’t set any protocols or made any agreements. Eventually, we decided to let each person take leadership on projects/roles they were interested in, giving them the agency to decide for themselves and then consult the group if needed. This has worked well.

However, not everyone has the same amount of time, capacity or patience to contribute to self-organizing. Some people are more naturally inclined to like to take leadership, while others pull back because decision making brings them stress. Perhaps the issue is that we are attempting to push for equality when equity is needed. Equality calls for everyone to be the same, equity recognizes not everyone is cut from the same cloth so we all need different things/amounts to get us to equality. Equality erases diversity and differences, equity accounts for them to create an equal situation. But what does that mean in terms of decision making? Do the people who do more work, get to have more say? For example, shouldn’t the person who is cooking get to decide what goes on the grocery list? If I am the one who must pump out water for the village, shouldn’t I be more influential in the decision making of when it gets pumped since I am required to be present?  And what happens when one person is doing the majority of the work on a project, but when decision making comes up, all the absentees in the workforce come to make decisions? How do we address free riders who want to decide what gets to happen but not do any of the work to make it happen? This has yet to be a problem at Drylab, but these are the complications that arise with this model. Though I am still committed to non-hierarchal organizing, issues around accountability are the largest issue I struggle with, one that I hope to learn more about by doing collective action with these women.