Skip to content
A Day in the Colorado River

A Day in the Colorado River

Two nights ago, as we sat down to have dinner, we heard two men outside of our compound grunting as they pushed their car. We approached cautiously and asked them if they needed assistance. As always, we must be wary of outsiders and those who could be a part of the government.

These men were very friendly, however. They immediately told us their names, that they were hydro-engineers for the government, and showed us their identification. They asked if we had food, shelter, or tools so that they could fix their car and rest. Still worried to invite any strangers, especially government employees into our home, we asked them what they could offer us in return. The men said that they had clearance and private access to what water was left in the Colorado River, about an hour and a half from our compound at drylab. 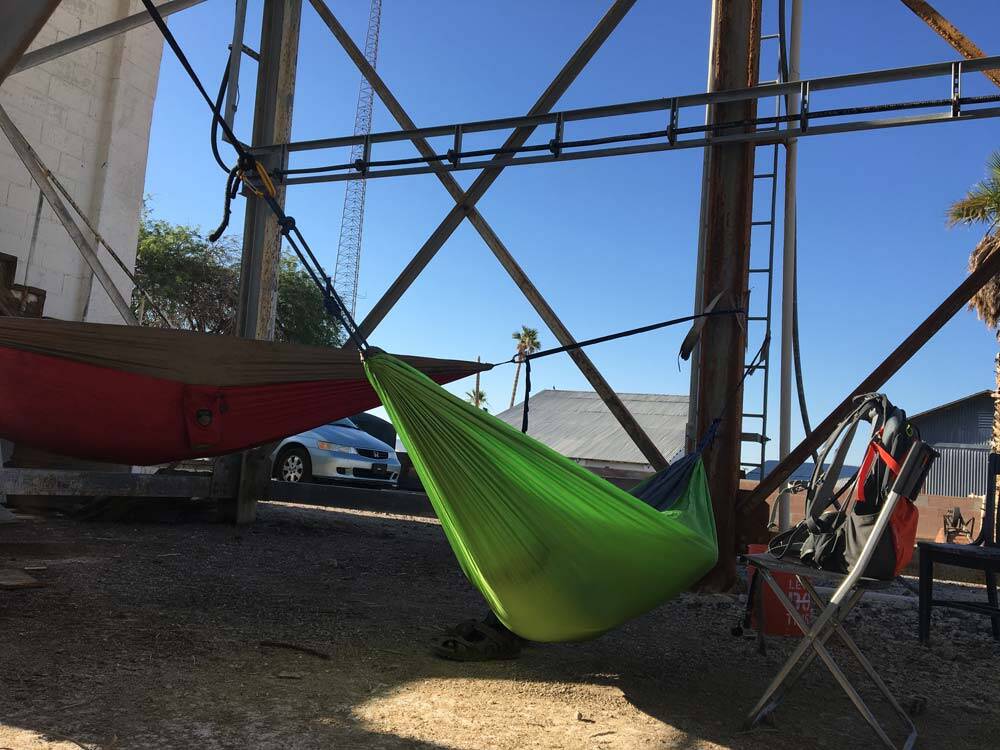 We agreed on this exchange and allowed them to come into our compound and set up camp for the night. We helped them fix their car and offered them dinner and extra water so they would not run out on their journey. Over dinner, we had an interesting conversation about the nature of the government and the privatization of water. We also speculated from our conversation that these men didn’t necessarily want to be involved in the government, but had no choice if they wanted to continue to provide for themselves and have access to water without joining the military.

The next morning, we awoke early and followed the men to the Colorado River. Even from far away, the water looked fresh. We all ran to it finding immediate relief from the heat. The water was so clear and fresh, an incredulous oasis in the desert. The rocks were soft and smooth underneath our feet and gorgeous as they slipped with sand from our hands. It had been so long since any of us had seen so much water in one place. We spent hours there floating, relaxing, and swimming. 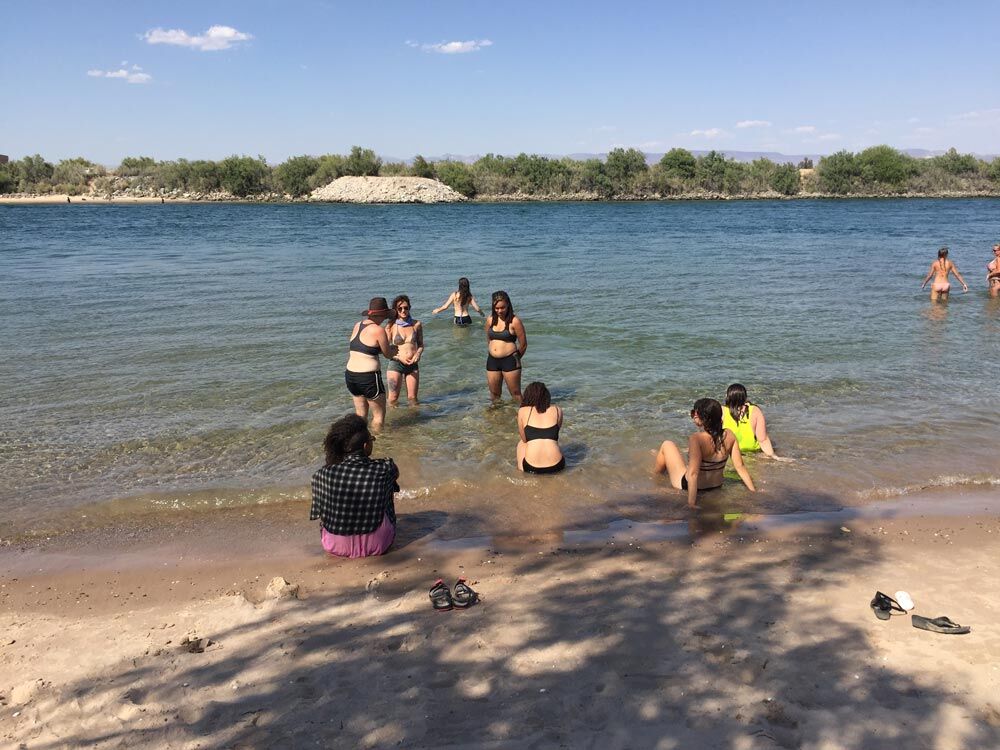 Although we know this experience was a symptom of our corrupt government, still we are thankful or the chance to swim in the clear Colorado River. Yesterday was more than an adventure to the Colorado River and a relief from the heat, however; it was a reminder of the humility that people can share, even amid crisis.