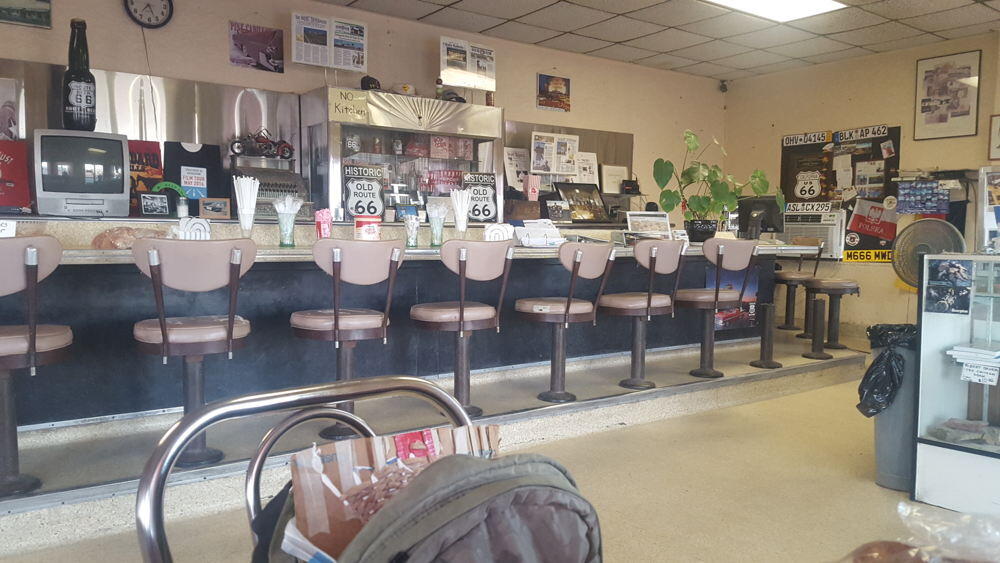 I have stumbled upon a café in walking distance from where we are staying. Water costs $10 a bottle and gas is $20 a gallon, so I can’t afford anything inside.  I went inside because there was AC, but the person at the resister was not about to let me stay inside first because I could not afford anything at the store. It was 111 degrees outside but he said to buy something or leave. Desperate I offered to barter with him, I said I could help since only one person works at a time. He accepted and I have now access to AC in exchange for stocking the gas station, manning the register and pumping gas, I even helped them repaint their sign. It is not a bad gig and the four workers have really opened up to me, sometimes when they are in a good mood they even let me eat the tasty snacks that I have not had access to since I got here.

However, I am lucky they must have seen something in me to allow me to stay, they have not been as friendly to other poor people. This one man that was some sort of traveler, but was traveling on foot in 110-degree weather, came inside to get water. There is no running water in the café, so the only water available is $10 a bottle. He could not afford the $10 water, yet when he came in he already looked so thirsty and beat red from the heat, they told him to get out.  This is the type of heartless individualistic behavior the society has fallen into. I felt so bad I spared some of my rationed water with him, it was not enough to get him across the desert on foot but hopefully, it could hold him over for at least another day.

Tourists, mostly from Europe, all of them from the Global North tour on motorcycles and tour buses on Route 66, stopping by the cafe. These rich white people have so much excess wealth they act like we are not in the middle of a drought, they seem to be completely detached from the rest of the world, which is suffering from a global freshwater shortage. They prance in this wretched parched place like it is not an unbearable unhospitable desert, I guess with unlimited resources to spend on gas and water, it is not to them. It is clear they all feel that the world is their oyster, after all, why else would you travel across the world to see a desert that has run out of water? Their voyeuristic behavior was sickening to me, they take pictures of the lack of running water and the state of desolateness that the end of freshwater brought us. Almost all of them buy multiple water bottles all priced at $10 a bottle, it doesn’t seem to faze them when I ring them up at the register for over $100 in water alone, most of them just slide their cards full of endless cash without evening waiting for the total.

So I can’t help but feel a bit jaded when these European tourists come in and spend 100s of dollars of water and gas like money doesn’t matter. Their money probably came from minerals or land that they took from my country or another country in the Global South, and I am sitting here displaced from my country, my existence made illegal and my family having been scattered across the world in search of water.  Climate change is a product of colonization, globalization, and capitalism, and as such it has worsened inequalities along the lines of the societal hierarchies these systems created (race, nation-state, gender, class). Solutions that are meant to address climate change that fails to address these systems will only continue to perpetuate the caste systems they created.